Visit of the basilica, Carmel and Chapel in honor of St. Thérèse

Second place of pilgrimage in France

We will visit the tomb of Saint’s parents. Currently the vestiges are kept inside the chapel under the Basilica.

Then we will visit the house of Therese of Lisieux,

the place where she lived until her entrance in Carmel.

We will finish with the visit of the Carmel of Lisieux

The place of the remains of St. Therese of Lisieux, as well as original objects and videos about the life of the Saint.

France houses several of important religious tourism destinations. One of them is Lisieux, a city in the region of Normandy where St. Therese of the Child Jesus lived and died.

The city is known worldwide for its pilgrimages organized in honor of Saint Terese and is the second place of pilgrimage of France with 700,000 visitors a year.

THE BASIS OF LISIEUX – a project that took 25 years (1929-1954) and which saw the World War II very closely, more precisely in June 1944, was punished by bombings that destroyed several homes in the Norman style.

For a few days the bombs fell on the quiet city, but the intercession of St. Therese prevented the destruction of Carmel, the Buissonnets and the Basilica. This Basilica served as shelter for women, children and religious, especially the Carmelites, headed by Mother Ines de Jesus.

CHAPEL OF CARMEL – The monastery of the Carmelites in Lisieux was founded in 1838. Terese entered in 1888 with 15 years of age to follow her vocation. The chapel was recently renovated and one can see objects that have direct connection with the Saint.

THE SAINT PIERRE CATHEDRAL – Norman Gothic style from the XII-XIII century, this building was the seat of a bishop until the French Revolution. Terese attended this church until she entered Carmel.

Next to the entrance to the chapel where she made her first communion. In the background, a modern statue marks the place where she participated in the mass with the family. The main altar was his father’s offer in 1888.

THE CARMEL – The monastery was founded in 1838. It was there that the future Saint Terese of the Child Jesus entered in 1888 to follow a life of prayer.

In 1923 the chapel was expanded to house the remains of Terese, transferred from the cemetery. Terese is represented on her deathbed, dressed in the habit of Carmel. 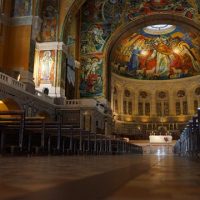 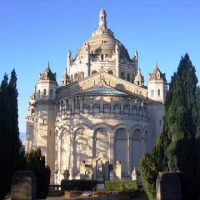 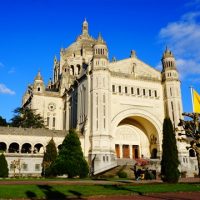 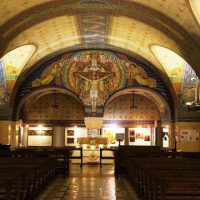 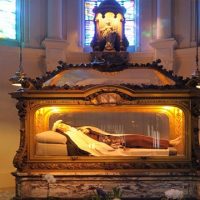 What includes the Lisieux Private tour ?

"My Normandy Tour" was an indication of a friend, who did the same tour I chose to do, along with my wife, going through Normandy and Brittany. We planned the tour with Pierre, who met all the expectations.
Pierre took us to the points of interest we had planned, leaving us time to carry out the visits in detail.
Thank you very much the company for offering us beyond what we imagined. A big hug from Pierre and all his staff.

by Angela V. on Lisieux Day tour
The guide made us feel very comfortable

We hire the services of "My Normandy Tour" for a trip to the city of Lisieux.
Pierre, the guide, helped us very well, meeting all our demands. I recommend the agency. The tour was very peaceful and the guide made us feel very comfortable.

by Arlete A. Z. Simão on Lisieux Day tour
We were extremely well attended and welcomed

We visited Lisieux on August 25th, I, my sister and our mother.

We were extremely well welcomed by Pierre, who provided us with a very pleasant trip with his kindness and education.

Great service from Jamilly and Pierre! We recommend !!!